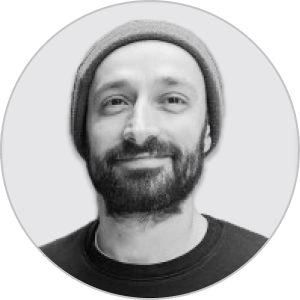 Benjamin Hardy is the co-founder and CEO of Paris-based Biloba, which offers instant consultation on children’s health issues. He started the company three years ago and is looking to expand the app by offering consultations regarding health during pregnancy and potentially launching in countries besides France.Calm/Storm is one of the first investors in Biloba.

For the longest time, Western Europeans have been proud of what they believe are top-notch healthcare systems. Most people have access to affordable insurance and nobody is left behind –unlike in the United States, or in other countries that lack safety nets. But aging populations, urbanisation and social divisions have brought even the most resilient countries under strain when it comes to providing medical services.

This issue massively affects patients on the other side of the age spectrum, too: children. And their parents, for that matter. Ask a father in London or Milan whose two-year-old just developed a cold how much time he spent getting a paediatrist appointment. It is becoming increasingly clear that many densely populated regions in Europe experience a lack of paediatricians, limiting one’s options to get help, fast.

“The availability of doctors to treat patients needs to be used more efficiently, with reduced waiting times”‍

Benjamin offers a solution for this medical bottle-neck. About three years ago, he co-founded Biloba, a French startup offering on-demand paediatric consultation through mobile applications. Remote healthcare services have become widely popular, not least since the coronavirus pandemic, but most providers operate via video. That is not going to solve the problem though, according to Benjamin. The availability of doctors to treat patients needs to be used more efficiently, with reduced waiting times. One way to achieve that is through instant messaging, where one doctor can deal with multiple patients at the same time– which is also the approach Biloba is taking, in a rather bold way.

"Biloba’s GPs can talk to ten people at the same time. The intimacy with chats is very strong – and we remove stress”

“From a user experience point of view, video consultation is a mistake”, says Benjamin. At the same time, it does not make sense as a business. Existing telehealth solutions are mostly huge digital clinics without scale, according to Benjamin. What we need is a new approach: “Biloba’s GPs can talk to ten people at the same time. The intimacy with chats is very strong – and we remove stress.” He believes that the future of primary care will be all about instant messaging. Getting reliable answers quickly when children are sick is more important for parents than having video chats with a doctor; sending pictures of a rash, for example, is more convenient, says Benjamin.

As frustrations with public healthcare systems grow, people are more willing to look elsewhere for advice – and pay for it as well. Biloba is looking to make consultations even more accessible by removing individual payments altogether, replacing them with subscriptions. “People want a cab right now, music right now, and TV shows right now. They also want medical consultation, right now,” says its co-founder. People usually turn to “Dr. Google” for instant advice, which comes with a high risk of jumping to wrong conclusions. “We’re trying to stop auto-diagnoses. The only way to do this is by getting back to people in less than five minutes.” 2021 is set to be a year of acceleration for Paris-based Biloba. The firm plans to expand its offering around paediatrics to other countries and seeks to offer consultation for women during pregnancy.

It is Benjamin’s second startup, and while his first venture dealt with the creation of mobile apps for businesses, Biloba is more personal. Family-related, to be exact. Benjamin’s mother worked as a midwife; his father served as a GP in the countryside. His wife is a physician as well. And yet, he had to start from scratch, cope with a flood of rejections from VCs and struggle to raise funds. It all started with an app designed to help parents keep track of vaccinations for their children. It was when users started asking questions about their kids’ health that a new path for Biloba crystalised. And then the COVID-19 pandemic hit with full force and people eventually started paying more attention to digital healthcare tools.

The company raised 1.2 million euros with Calm/Storm as one of the leading investors. It was immediately clear that both the founder and Calm/Storm were going in the same direction, according to Benjamin. Namely, believing that telemedicine in its current state isn‘t truly changing anything in the healthcare space. “We’re part of the second wave of startups that go beyond video consultation. I had to find investors who could really put themselves in my shoes,” says Benjamin.

‍“I started at the lowest part of the mountain, climbing step by step"

The experience of going through a storm while putting a bold new approach into practice is also one which they shared. Biloba already dealt with the pitfalls of starting a business, losing a co-founder on the way and dealing with rebuffs from potential investors.

“I started at the lowest part of the mountain, climbing step by step,” recalls Benjamin, who himself overlooks a range of peaks from a chalet in the French Alps where he occasionally retreats from the city. Although, in his next life, he wants to live close to the sea. He is also into trail running and draws inspiration from athletes. Like the star tennis player who never wanted to become the world’s best – just the best of his town at first,then the best of his region, then his country, then the top 100, and then the top ten, says Benjamin. “And if I don’t make it, I won’t break down, but rather know that I did my best to reach the next step."

Biloba is rethinking the way telemedicine is delivered by making it customer-centric, asynchronous and membership-based starting with on-demand pediatric consultations.